Being man of a certain age and sprues in boxes

I have done a bit of yo-yo-ing over the past couple of years in terms of figure scale, with the distraction of indecision having a definite impact on time that could have been better spent just simply playing games with a properly resourced single focussed collection.

Just when I thought I had turned a corner and abandoned the larger scale in favour of the more functional scales, I went to a hobby store and came across 1/72nd fast build kits by Plastic Soldier Company. I foolishly picked up the StuG III box to have a read of the blurb on the rear of the box and that phenomenon kicked in that sales people understand so well, that if you put something in someone's hands, they are more likely to buy it. 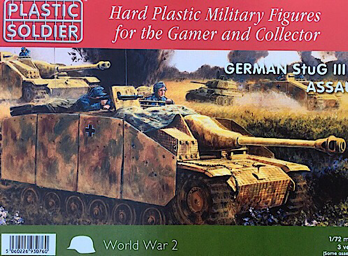 There is without doubt something relating to the inner psychic of the Airfix Generation, that will always cause a delight in opening a box and pulling a plastic sprue from it - and so it was with this package. There is a disarming effect of the 1/72 scale with direct links for me into my early years of wargaming and an affection associated with that. The sheer pleasure that I have got from this purchase and the so far, building of two of the three models, confirms that I am of a certain age (the Airfix Generation) and open to the charms of the sprue, the scale and to those that sell it!

You get three models per box and each sprue allows the building of either an early or late StuG IIIG or the 105mm gun version. The real beauty of fast build is that all the running gear generally comes as complete as one piece parts or nearly complete with just the hard tracks to glue into place, so no cutting 20 wheels separately from the sprue and watching as they fly across the room into the ‘never to be found again’ territory of carpet land, patio land, garage land or wherever this precision surgery takes place.

Anyway, for WWII, these models seem to just hit the spot for easy building, viewing and handling and this is one distraction that I am enjoying very much. Even for easy build, I managed to glue two parts in wrong places and realisation came just in time to rescue the parts - though I imagine I am in good company in this regard.

Having returned to the shop for more paints, I discovered that Italeri, Pegasus, Armourfast (HaT) and Zvezda also do fast build wargamer kits, so together with Plastic Soldier Company, the diversity and availability is there. The whole thing feels like something of a joyous rediscovery to me.

What to do next? I quite fancy starting a project that creates two small forces for use with the Iron Cross rules from Great Escape Games. The rules interest me and the scale is big enough to take the markers that need to follow each vehicle / stand, without them looking too dominant. I did a blog post last year on some of the command aspects and mechanics of the rules (see Resource section below if interested). 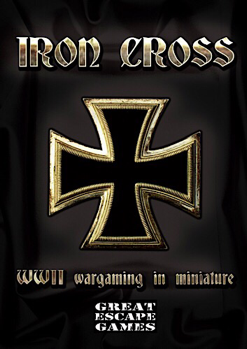 I realise there will be a body of readers who have remained loyal to 1/72 for over 40 years and wonder what all the fuss is about, but this post is for the rest of us, who may have forgotten its pleasures.