With the Perry 28mm ACW Battle in a Box project jacked up again, I decided to do the terrain elements from the set, so battlefields can at least take a step forward in look.

The building has the chair as part of the kit, the barrel is added from elsewhere. The wood structure has plenty of texture, which makes dry brushing and washing a useful part of the final look. I decided to keep the footprint small rather than going with bigger basing, as the initial small footprint seems to be a significant benefit of this building. The building has presence without being too dominant. 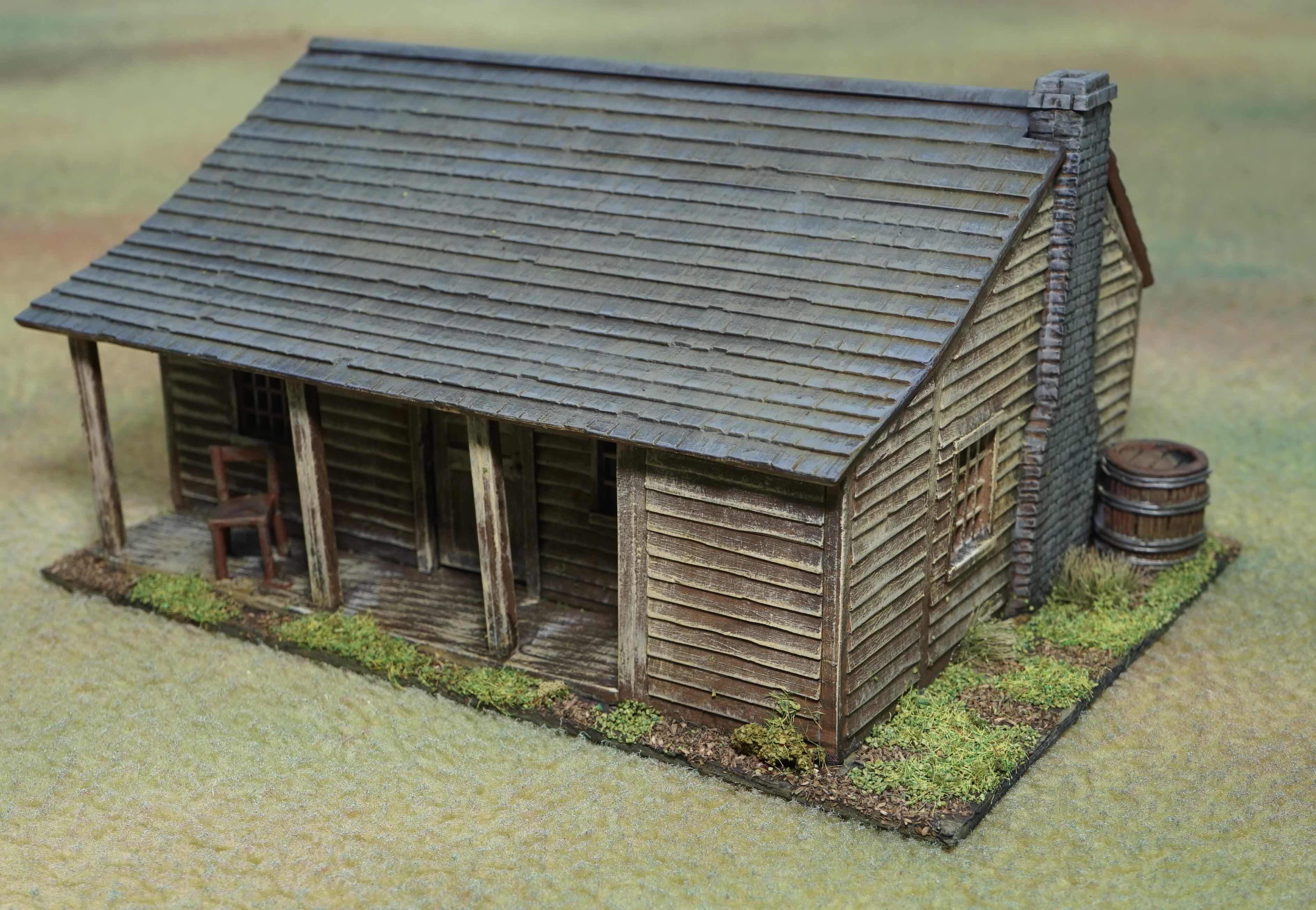 The Snake fencing has been mounted onto 35mm wide thick plastic card. 35mm was chosen to reduce footprint, but it has the effect of elongating the fence, slightly reducing the zig-zag look. To my eye it still looks functionally good with the benefit of creating 6’ of fencing, rather than the suggested ‘just over 4 foot’. 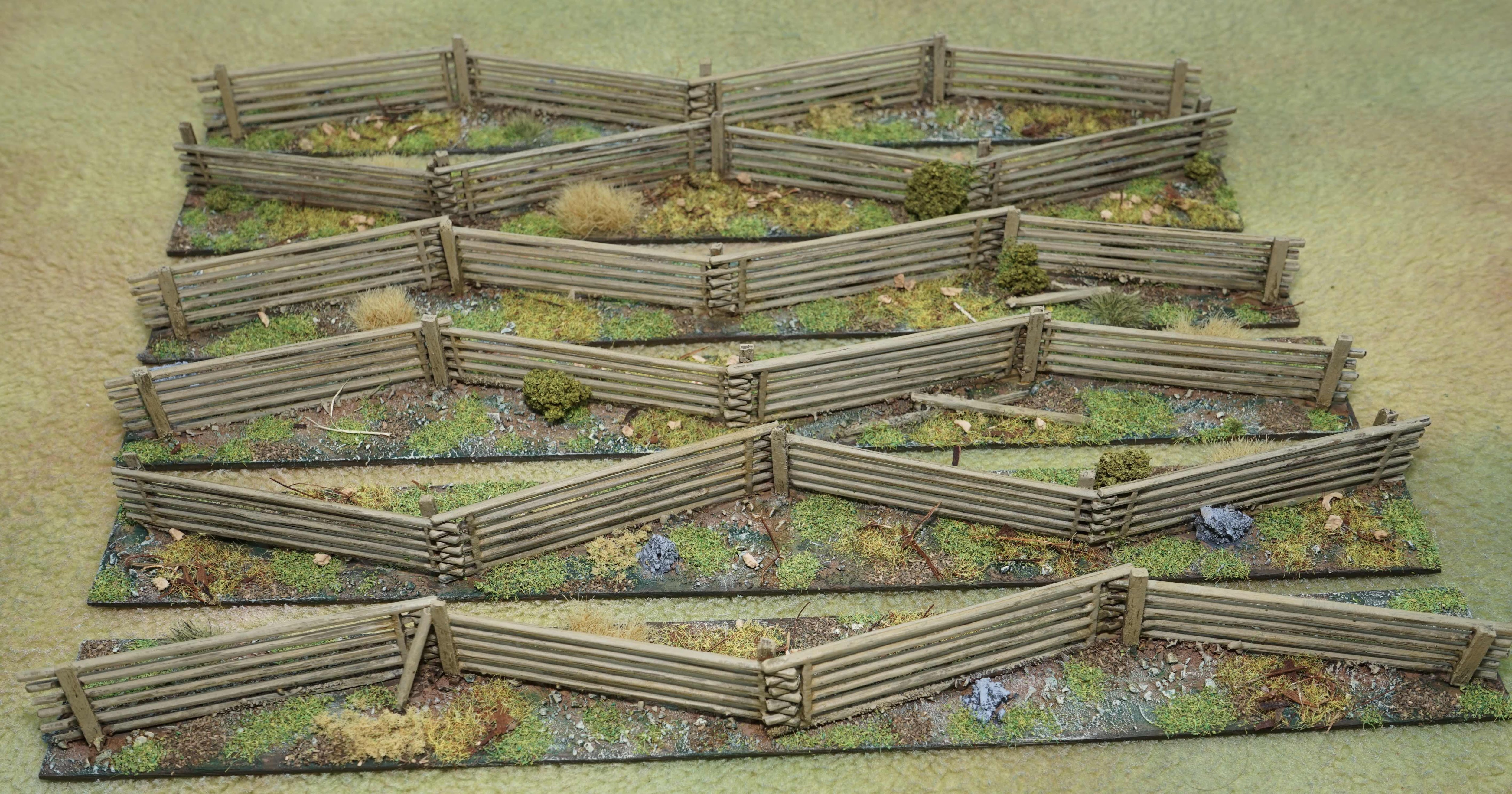 Balsa wood uprights have been added, together with some additional planking on the floor or leaning up against the fence to reduce the plastic look (thanks Matt Crump for the tip) and the floor has been fairly heavily textured, starting with an acrylic paste to kill the flat plastic card. They took a while to do with quite a lot of stages, but it has been worthwhile as blog reports will likely often show photographs of troops against these fences. The wood was given brown Vallejo primer, then acrylic Raw Umber, then acrylic Titanium Buff with a 1/3 mix of Raw Umber to dampen down the vibrancy, finally the wood was given a heavy wash. The base has various textures ranging from course sand to Warlord Games forest floor basing and various flocks blended together. The thick grass clumps are from Great Escape Games.

While pushing this terrain across the painting tray, I also included four bases of Renedra cross and rail fencing that has been primed and waiting on painting sticks for simply ages. The stone work was built up a bit more with additional rail modellers ballast and course sand, mainly because the supplied stones do look quite plastic due to mould lines that are fiddly to remove. I like the final look and they add a different texture to the table, plus the more fencing the merrier it seems for ACW. The four sections came on two sprues for around £10 (though that was three years ago). I quite fancy having a stab at making some more, but might consider using barbecue bamboo skewers and heavy gravel, though perhaps at this stage, getting more Renedra sprues might be better for consistency.