In a bizarre turn of events,

We have it on good authority that blogger and long time wargamer, Monty Bartholomew Slackjaw Smythe, has been seen in the company of 28mm figures at a private viewing. 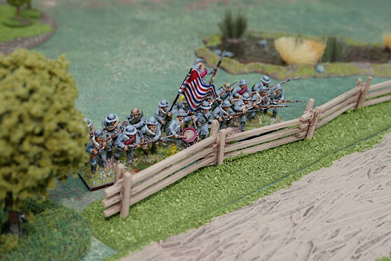 Known for his delight in all things small and his penchant for the noble hex, those close to him have said that they doubt the reports are accurate and that in any case, there is nothing wrong with looking, as long as you don’t touch!

Though pictures don't show Smythe actually handling the figures, it is almost certain that he was very close to the table, admiring what may have even be his own handy work.

Smythe wasn’t available for comment today, though his agent Mr. Perry in a prepared statement said ‘Monty wouldn’t know the arse end of a donkey if it sat on him, he is easily confused and might have been tricked into painting and basing the figures’.

In the ongoing befuddlement, high roller, Smoking Sam Box Cars Malone, an industry specialist, who describes the size versus scale thing as ‘Codswallop’, has predicted that all the fake speculation will force Smythe into admitting that he quite likes the 28mm scale.

So what has tickled Monty’s fancy?

We can exclusively reveal an eclectic mix of possible interests, as disclosed to us by the tantalising Madame Divine, an apparent acquaintance of someone who knows someone else.

An ACW theme is possible as we first see a Union gun section (Perry 28mm plastic ACW) setting up while waiting for ammunition to be unloaded. 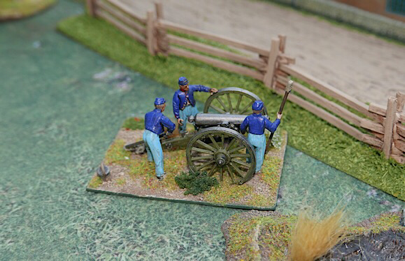 Followed by a Confederate regiment (Perry Plastic 28mm) making good speed to get onto the Gettysburg road. They are off to try and find some replacement footwear for the Division. They should be safely home in time for tea! 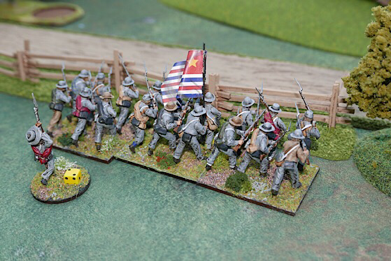 And there's more, a couple of Confederate regiments (Perry Plastic 28mm) move onto Hangmans Hill, in response to fake reports than enemy units had been playing Chicken and Pitch ‘n Toss on the road below. 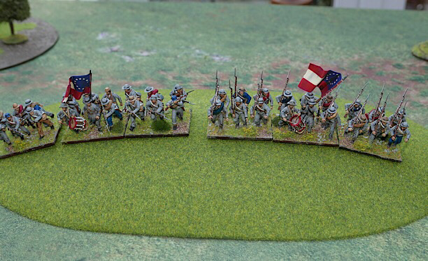 In another of Monty's favourite periods, a Soviet SMG section (Warlord Games Soviet Infantry, Plastic 28mm) cautiously prepare to leave a hamlet, having spent a comfortable evening in a warm and rather well maintained barn (Hornby Hobbies Ltd 2004). 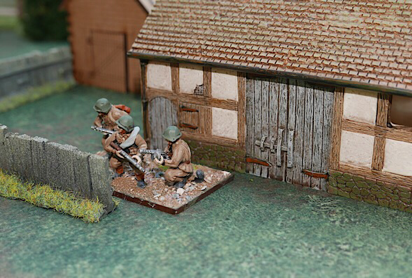 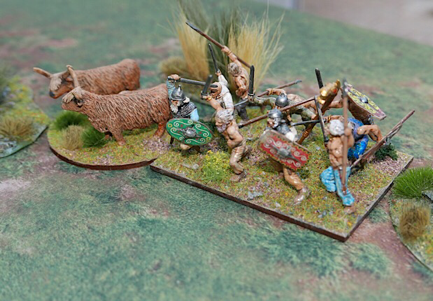 Looking rather lost, these War of the Roses infantry (Perry WoR 28mm plastics), who obtained their uniforms as a ‘job lot’, make their way to the rendezvous at the ‘Old Oak’, where the bow contingent will swell the ranks of Lord Fitzroy, who reportedly is in rather a mean mood as he is looking for the pair of vagabonds that stole his hog roast. 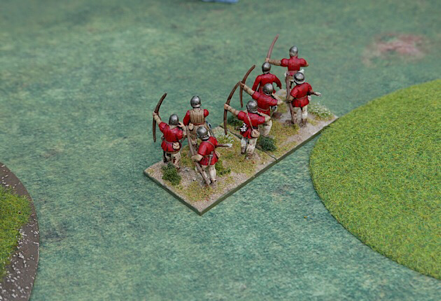 Monty has done SciFi before and this fleeting glimpse of this walker with its infantry support (Games Workshop plastic) makes us wonder whether he fancies a little dabble. Here the patrol moves past the distillery while on a fake training exercise in an area sweep for enemy supplies. They have covered 25 miles, which the walker found easy …. the foot support less so! 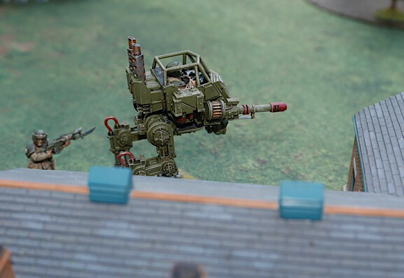 So there you have it, no smoke without fire, as they say and a lovely dollop of fakery into the bargain. We will bring you more as Monty's inner circle sell their stories for the best price.