A bit of a Kursk theme is planned for the July gaming table. It just so happens that 5th July will be the 75th anniversary of the opening of the German 1943 summer offensive. A campaign (Operation Citadel) that was monumental in terms of the direction of the war and renown for the huge tank battles fought around Prokhorovka. 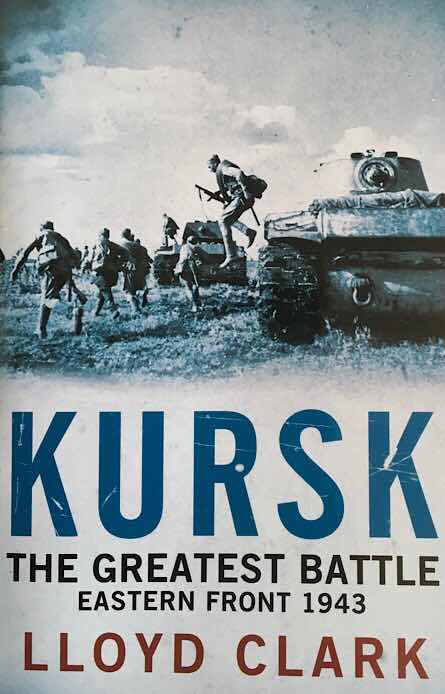 Dark July, is the Lock ‘n Load Tactical boardgame module that covers the tactical level fighting in the region just west of Prokhorovka and specifically at the Oktiabrski State Farm and Hill 252.2

The module has six scenarios, with one of them using a full sized map. I happen to have the X-Maps, which are essentially doubled in size, so you get a larger gaming hex as it stretches a one map game into a two map space and I think this will help with the visualisation of tank gun ranged fire.

To coincide with gaming the module, I am reading Kursk - The Greatest Battle, Eastern Front 1943 by Lloyd Clark and published by Headline Review. This has been on the ‘to read’ list for too long and if the opening pages are anything to go by, this should be a good read.

It talks about a Tiger company being charged across the steppe by 100 T34’s a mile out and then suddenly the T-34’s disappear from sight as they drop into a fold in the ground, only to re-emerge half a mile out. It’s the kind of first hand account that helps us understand those ‘to hit’ numbers in our games, even when the ground looks featureless and flat. The Tigers inflicted great carnage, but some T-34’s got through and four Tigers were damaged. It has T-34’s shooting on the move as they close in and the Tigers moving to get better firing positions. All that sort of stuff really helps visualise what out games should be doing.

There will be ongoing Kursk related posts throughout the month here, at COMMANDERS web space and over on Consimworld and BoardGameGeek. For the figure games, I will also post to the LeadAdventureForum / Pendraken etc.

COMMANDERS, this is my sister webspace that is more snippet based than here. LINK

Post about the Lock ‘n Load Starter kit (note there is now a Version 5 set) LINK
http://battlefieldswarriors.blogspot.com/2017/11/lock-n-load-starter-set.html
Posted by Norm at 08:39