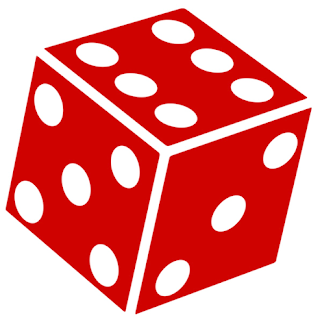 Having had a break from blogging since mid March, which frankly I really thought might be permanent, I am considering dipping my toe back into the blog world, but on a sort of part time basis, so to speak, just to see how that goes.

I have enjoyed stepping away as it has significantly liberated me from screen time and allowed much more ‘real stuff’ to get done and in truth, I still don’t have a particularly strong hunger to get back to it and so this post is just the first step to a light touch return.

Whilst I am not wholeheartedly up for a return, it just seems a bit daft that I won’t ever feel able to post to my own blog when the desire hits, just because of an earlier declaration to cease posting (forever!).

There are some things that I might like to share, such as my Piggy Longton imaginations, the Pocket Army progress, rules development and there are a few nice boardgames coming out this year that I know that I will be excited about.

This time though, the contributions will likely be a little sporadic, made just as and when the motivation gets me, rather like buses, a few come along at once and then perhaps nothing for ages.

I hope that this will allow me to still write fairly in depth articles when the muse takes me, which have rather defined this blog, but not to allow the blog to take centre stage of my hobby (again).

The look of posts may change slightly, as I want to move away from shot by shot and turn by turn AAR’s and move a little more to (a) highlighting systems and (b) bringing in some more narrative based observations.

Importantly - as part of this slow return, I am going to keep the comments section switched off and neither am I going to return to the never ending round of commenting widely on other blogs - sorry about that.

I know that this is counter to the spirit of the whole blog community thing and even puts me in the shoes of those who just consume, but never take the time to throw out a simple thank you (though I will continue to follow), something that with some dismay, we have spoken about from time to time on this and other blogs before.

I am however currently of the view that comments can be too anxiously awaited and too readily interpreted by the blogger as relating to the value of the particular post, which speaking for myself, always takes several hours to put together.

Switching comments off also suspends any compulsion that kindly folk may feel they have to both read and comment for reasons of continued courtesy. Perhaps it is simply better for the blogger to be able to post as they please without any sense of judgement or patronage entering the equation. Universal anonymity may well help with that.

I have been enjoying this sort of thing on my Commanders site over the past couple of months, which has the ‘site traffic’ and comments switched off. This may change, as I must admit, it does sound a bit soulless, though doubtless others here will at least recognise the sentiment behind this.

Seen as a social experiment, it has some aspects of interest that may serve for a future post and community discussion (with comments switched on of course!).

In any case, in the meantime, I can always be contacted via my COMMANDERS web pages.

As a point of interest, despite being ‘closed for business’ the blog has retained all of its followers (indeed it has gained a new follower), for which I thank you all.

Also, despite no new material for the past few months, the visitor rate to the blog has only dropped from 12,000 to 6,000 per month, which suggests that there has always been a fairly healthy body of people interested in the back catalogue of articles as much as the newer stuff and this alone vindicates the earlier decision not to close and remove the blog completely.

Anyway, not wishing to get into another self indulgent post, I will leave it there and again say thanks to all who take an interest in whatever electronic ink spills onto these pages. See you on the other side!

COMMANDERS is my sister site, which is updated regularly with the 'snippet' type of entry that would not make the blog. LINK