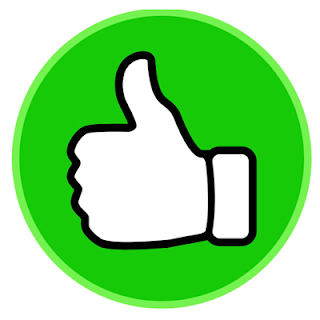 Thanks to one and all (and of course especially the Bots - this would not be possible without you!) for getting the blog to the dizzy heights of 1 Million hits.

There have been a couple of wobbly bits along the way, but I am still here and that is largely due due to blog followers and those that comment, giving the encouragement that is sometimes needed to keep the e-ink spilling - thank you.

The blog started in 2014 and has meandered through various moments of favourite things, with different emphasis given to various themes during that journey, but overall, it remains true to its original concept of covering ‘wargaming for small spaces’, so the kitchen / dining table and even the smaller type setting …. ‘Pinboard Wars’ still gets a fairly frequent outing!

As the writing continues to take twists and turns, of late, it is reflecting my own gaming evolution towards collecting rule series systems, so that more battles can be played, but with fewer different rulebooks needed. This is particularly an issue on the boardgame side of things, where the number of single titles to tickle the fancy, just seem to exponentially rise yearly in their hungry occupation of shelf space!

As a milestone celebration, I was going to do a give-away, but not wanting to burden any of the ‘Dear Readers’ by increasing the weight on your shelves :-) I have decided instead to make a donation to The Battlefields Trust, which is a registered charity and has broad enough aims that I think will be appreciated by the followers of this blog.

LINK if anyone wants to know more;

Just to make things a little interesting and personal and to give a ‘moment in time’ snapshot of what we are up to, if you do comment on this post, please consider mentioning the ‘thing’ that is interesting you most at the moment, whether period, scale, rules, modelling, painting or reading - or even if you feel like you are just standing still, waiting to be be re-enthused.

At the moment, my plate is filled with Wars of the Roses imaginations games (28mm), re-visiting my own home-brew figure rules and an interest in Napoleonics via the Jours de Gloire boardgame series. I am about to embark on a mini blog series that takes a One Hour Wargame scenario and sets it against various rules and periods, using small armies on a small table, exactly what underpins this blog - the next post will likely see part one ….. the fight for Jacob’s Hill!

Anyway, thanks all for tuning in. We share a fantastic hobby and are enriched by the community of bloggers / vloggers, forums, wargame show organisers, magazine editors and cheery traders etc, they are the glue that binds us and it all just adds an extra level of enjoyment to our endeavours - all good!