Do your rules do this? HE v Armour

One of the joys of reading military books are the real world accounts, that in just a few sentences can give an insight into something that directly relates to your wargames table and immediately begs the question ‘will my rules do that’? 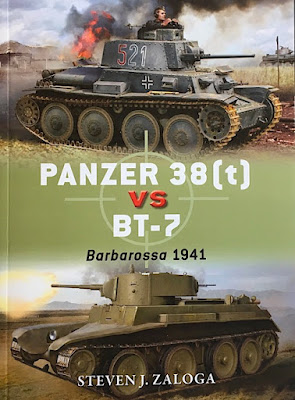 This series of posts looks at selective subjects from that perspective. Today, we are looking at artillery / high explosive v armour.


Having been a keen tactical WWII gamer and a dabbler in writing rules for many years, I have often wondered whether my rules properly reflect the impact of a high explosive strike either directly or indirectly against armour.

There are plenty of resources that give exact armour penetration figures for armour piercing ammunition against armour of various thicknesses, presented at a variety of angles, but when it comes to the effectiveness of high explosive rounds, one is left with more of a subjective approach to effectiveness.

There are two main questions that I have usually answered by a combination of judgement, guessing and just shoe-horning a result that generally doesn’t disturb other elements of the rules.

Firstly, what is the effect of an indirect artillery stonk, using area fire, by typical 105mm guns on an area which has armour located within in it?

Secondly, what is the effect of something like the Soviet low velocity 152mm (as carried by the SU 152 self propelled gun - the so called animal killer) high explosive round striking armour in the form of direct fire.

I suppose another even greyer area for me is the effect of medium (80mm) mortars on armour, in which the combination of explosive charge, plunging fire onto weaker top armour (or open topped vehicles!) and near misses provide enough misdirection of considerations, for one at best to hope that their rules broadly create an effect that feels right for the pleasure of play and does not expose one to the ridicule of the ‘expert’ shouting from sideline.

My own home grown WWII tactical rules are called Tigers at Minsk. They are designed for hexes and have already dealt with the questions posed above, for good or for bad, but they seem to work.

There are some things that one can look for to help create a framework of potential effects. So for example, the short low velocity 75mm (75/24) gun as mounted on the PzIVD in 1941 / 42, which carried both an AP round and an HE round, had adequate performance of against light Soviet tanks but generally failed against the newer medium T-34 / KV-1 models.

Initial guidance to deal with the threat of heavier armour was that the tankers should attempt to get a rear shot at the enemy turret with AP, which sounds a rather demanding technique to accomplish in the heat of battle, but the fact that this was proposed rather than simply shoving a HE round in the tube, tends to suggest that firing a 75mm HE directly against armoured vehicles was not deemed to be sufficiently capable of ensuring a first round knock out and this helps us with one of our parameters when judging the effect of HE. It would take the introduction and wider availability of a HEAT round (a good solution for low velocity guns) to give the 75/24 a better anti-tank capability.

Yesterday, while in a bookshop (Waterstones UK), I was browsing the Osprey Publications Duel series. I own some of these and mostly have them on the Kindle, but as I browsed, one paragraph immediately caught my attention, one of those little gems that help the wargamer’s insight and so  feeling somewhat obliged to the book, I bought it.

The paragraph of note stated;

‘Fortunately, a single battery of 10.5cm field guns had been attached to Gefechtsgruppe Rothenburg, and the field guns of I./AR 78 played a vital role in dealing with the T-34 tanks. Although the guns could not penetrate the T-34 armour, the impact of a 10.5cm high-explosive round at close range could inflict enough damage to stop a tank. The 10.5cm projectile could easily blow away tracks or road-wheels; and even if it failed to penetrate the armour, a solid hit would cause the inner face of the armour plate to spall away into the interior of the tank, injuring or killing the crew.‘

This is helpful, particularly regarding a direct strike to the vehicle (direct fire) , rather than a nearby explosion (area fire). So moving to my Tigers at Minsk rules, how do they meet with this description?

At my tactical scale, I have off-board artillery fire brought in by a spotter (area fire), on board mortars (area fire) and on board direct fire. I also have a few optional rules, which include some character traits for specific vehicles (presently the Tiger I, the little Hetzer and by chance, the SU 152) and inclusion of these are more as examples to encourage users of the rules to do the same sort of thing for vehicles that interest them, rather than highlighting these as being special vehicles for any reason.

For anti-tank fire with armour piercing rounds, when a vehicle is hit, the firer rolls on the Penetration Table. This has three simple results. A simple knock out, a knock out that is burning and a Stun. This table is doing two additional things for me.

A straight knock-out that is not burning has a small chance of recovery in a campaign game. A stun is allowing me to represent all those small things that fall short of a knock out, but that temporarily stop the vehicle. This could be thought of as damaged track, a wounded crew member caused by spalling, concussion, a vehicle lifted by explosive fire and then damaging suspension on the way back down, a vision slit compromised with a red hot vision block laying on the floor inside the tank or an injured commander who had the turret hatch open etc.

With that in mind, I have a separate table for High explosive fire against armour which gives the following results.

5 Destroy and burn if armour has a value of 3 or less, otherwise Stun.

This table is specifically designed for area type fire, so shells that fall near to a vehicle as well as those that hit the vehicle are being considered here. Tanks caught in a blast zone (1 hex) of area fire would use this table to test for each vehicle in the hex.

On board mortars, which by default use plunging fire whether fired directly or indirectly also use this table, but there is a -2 modifier to light mortars and -1 modifier for heavier mortars, so at best and only at around 18% of the time, a larger mortar can only destroy an armoured vehicle with a front armour value of 3 or less (so something like a T-70 or a T34/76b or weaker) and a light mortar could only stun. When they fire, mortars have a chance of going out of ammo (by rolling a 1).

Off table artillery fire (for example using our battery of 105mm guns) uses an observer to bring down the fire. First a target hex is selected and then there is a die roll for accuracy. Observers on high ground get a bonus, as do nations who have advanced fire communication / fire systems.

If the strike hits the hex, all targets test for damage. If it misses, another dice is rolled and depending on the result, the score determines which one of the players gets to choose where the deviation delivers the blast - so the attacker can lose control of their own strike, with the defender choosing where the blast zone should be instead!

Overall, I think my damage table is slightly on the generous side of things. Each hex is around 100 metres across, but the number of fire missions allocated during a scenario is low (usually one or two if any at all), so the generosity is something of a balance between getting an effect without dominance or certainty.

One of the things I am generally not allowing is for a tank to use their HE as an alternative to the AP round that it carries and the reason for that is pretty much explained in the example of the Pz IV D with it’s 75/24 gun, given above. There are a couple of exceptions, when the HE shell clearly has a huge impactive force. The Soviet SU 152 is a fine example of that.

I do like the optional special character rules used for the SU 152. It was essentially a mobile howitzer in an armoured body. So here we have the situation of aimed direct fire, with the large High explosive shell striking the target, that is quite likely to spoil anyone’s day.

The special rule has the SU 152 roll an additional D6 each time it fires, with the results as follows;

1 - The gun fires normally as per the anti-tank procedures, but goes out of ammo and cannot fire again for the rest of the game.

The rule is all about adding character and I think it does so. One could tweak this to make the last event happen on a 5 or 6 instead, but perhaps only going out of ammo on a 6.

Anyway, When I look at what Tigers at Minsk are doing and then re-examine the passage in the Osprey book, I am pretty comfortable that the representation in the rules is not too astray from what is being said there.

I mostly like the Osprey Duel series and this one covers two interesting vehicles that don't seem to get a lot of coverage in wargames. I am enjoying the read so far and glad that I picked it up.

My sister web site has more information on the TaM rules LINK
https://commanders.simdif.com/

Email ThisBlogThis!Share to TwitterShare to FacebookShare to Pinterest
Labels: Do my rules do that?