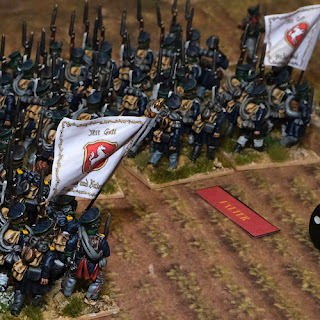 When it’s your partner’s birthday, what better treat can you give than to take them to a wargame show!

Organised by Kieth Flint (author of the recently released Shadows of the Eagle napoleonic rules), the Cotswold Wargaming Day is an opportunity for gamers to get together at Westwoods Community Centre, Northleach, (about 45 minutes drive from Oxford in the UK) to put on a variety of games. There isn’t a trade element, but punters could bring things that they want to sell or give away. It is rather has the feel of a club Open Day - nice.

In truth, we were on our way for a few days (birthday) break in Oxford and this venue was on the way …. well almost!

This post is just a brief overview of the games that people kindly organised and put on.

I should say that it was very striking what a lovely bunch of people this group of ‘local’ people were, there was an almost family sentiment to the show. It was all very relaxed.

I arrived at 10 AM, with the day apparently having started at a delightful 8.30 AM (though my day started at 0445!), so by the time I was there, everything was pretty much set up.

I had a quick check to see what was what. I came across a few people who have an internet blog /vlog presence, which I follow, so it was nice to put some faces to names.

Roll Call (links to their sites are in the Resource Section below).

Steve J, who is a blogger and a most generous and prolific supporter of other peoples blogs and with whom I currently am participating with in a campaign game

JP, who is a vlogger, with a huge back catalogue of YouTube videos covering games with his lovely figures and table. He often co-hosts a game with his young son, Charlie and a lot of his output relates to his fine collection of napoleonics, gamed with General ‘d Armee  rules.

Keith Flint, who is a rules author. I have his SYW book called Honours of War, published by Osprey and his recent Shadows of the Eagle book, published by Caliver Books is something that I treasure, it is just lovely to own, with gorgeous artwork (by Chris Collingwood) to the cover.

Altogether, there were 8 games being played, with plenty of variety both in table size and subject matter. One of the nice things about the show is that without traders and with a handful  of games, I found it gave a greater focus for the visitor to spend a bit of time at each table, this is often the first casualty in the mainstream trader based shows.

Coffee / tea and biscuits were available and an area was set to one side for people who had things to sell or for those who wanted to donate items freely.

Finally, artist Chris Gregg had some of his paintings for sale and I was immediately taken by one of them!

Anyway, having had a chat at most of the gamer tables, I stand a better chance than usual of being able to get some of the gaming details right ….. though no guarantee!

In the order that I hit the tables as I moved around from the entrance we have;

An Ancients game - the battle of Sentinum, with Roman Vs Gallic / Samnites in 28mm. This was a big table game put on by  Tim Cull using rules from the Farnborough Wargames Society (free download at www.fwgs.org.uk) with some amendments. they also did a nice 2 page information flyer. 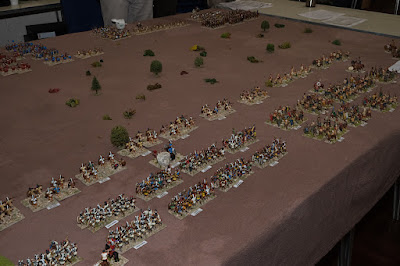 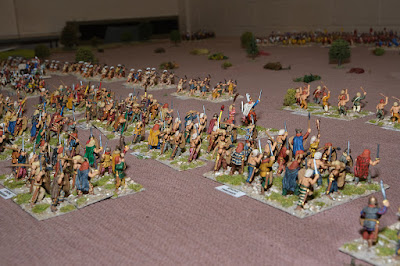 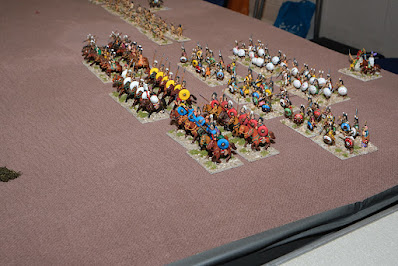 Ottoman Vs Polish Imperial in 28mm, put on by Cirencester Wargames, using the rules ‘tercios’. This was a big table game with plenty of variety, but I couldn’t help getting hypnotised by big guns and winged hussars! 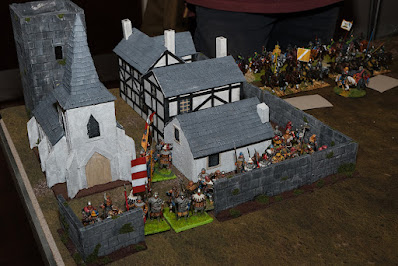 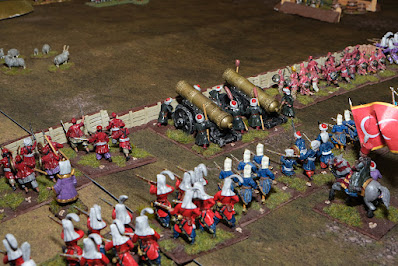 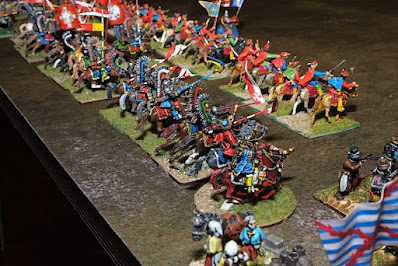 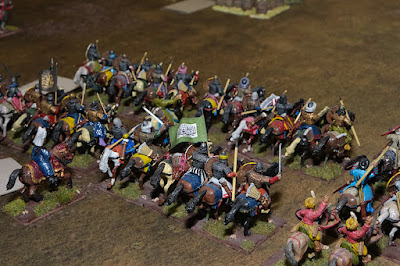 A French Vs Prussian napoleonic action using General D’ Armee rules, doing the battle for Dolitz from the Leipzig 1813 campaign. This was put on by JP and his young son, who play this rule set a lot at home and put up plenty of YouTube videos covering their games (see Resource Section). His table has the  Conflix buildings, of which I love and have some, they seem to be getting harder to find. 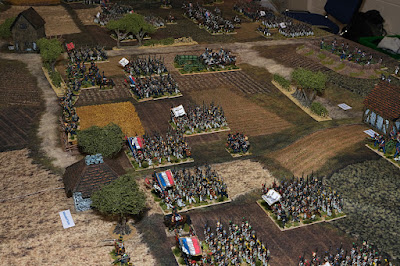 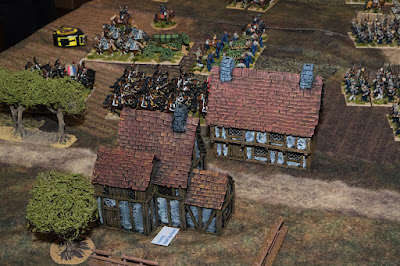 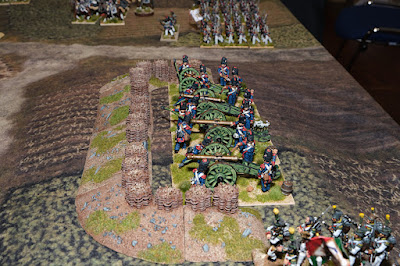 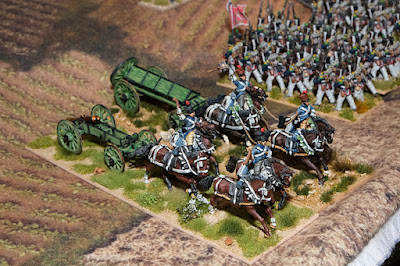 The Battle of Allville Depot or Rogers Creek (fictional) ACW 1863. This was a 20mm game put on by friends, using club rules and they provided a nice 6 page handout giving background, orders of battle and special rules. You’ve gotta love a train in the middle of a table! 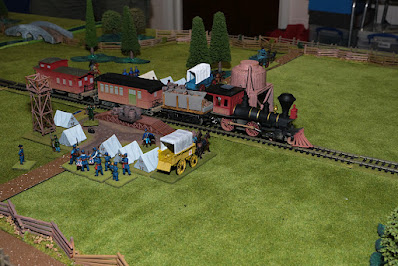 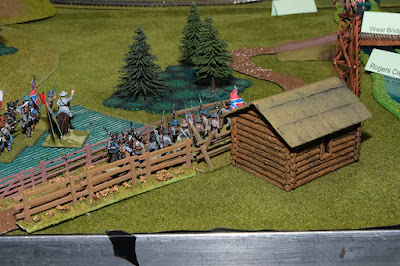 Sinai 1967, put on by friends using Cold War Commander rules. This is the battle of Abu Ageila with Egyptians defending against an Israeli attack. It was done in 10mm, so the vehicles looked superb on what would be a domestically sized table. There were also some helicopter models, which look exactly right in this scale. 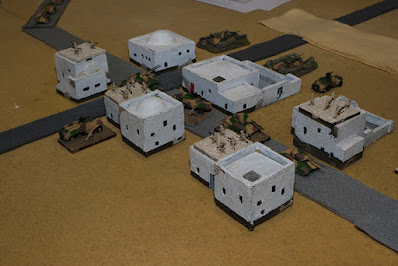 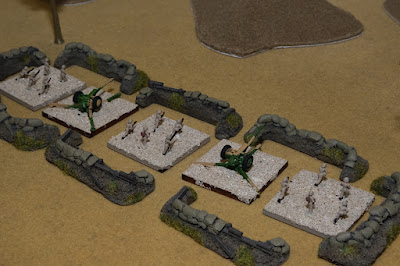 Point de la Croix, Breakout from Normandy 1944. This was a game put on by Jon Billington and as I was leaving, I saw that Kieth Flint had joined the table to take one of the sides. Jon was using first edition of Dave Brown’s BattleGroup Panzer Grenadier. This is a 15mm game and I was taken by the jeep model (Peter Pig), which apparently comes with the figures and the jeep all  formed as a single model. Hmmn - shopping list! 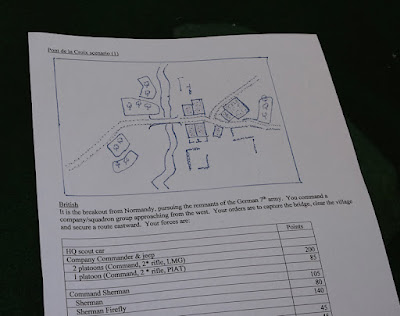 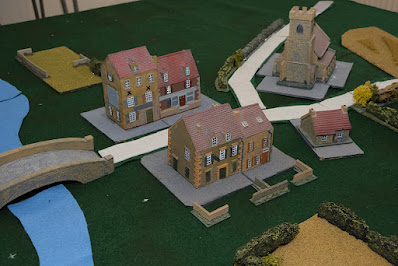 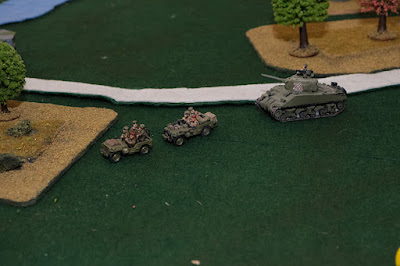 A Sharpe Practice game in 28mm from the French / Indian wars, put on by friends, covering a fictional encounter. The tents looked superb. 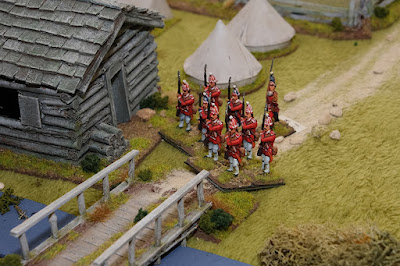 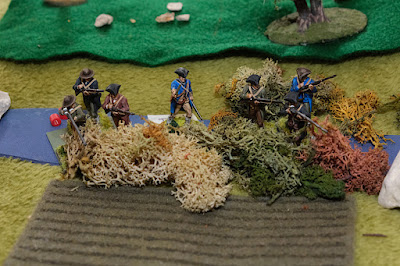 A playing of Keith Flint’s Shadow of the Eagles napoleonic rules by Steve J and friends. Steve was using his 6mm figures, which are by Commission Figurines, who do a range of MDF 6mm figures and buildings. The setting is a fictional 1809 (ish) encounter. Again, another game that would sit very comfortably on the kitchen table. 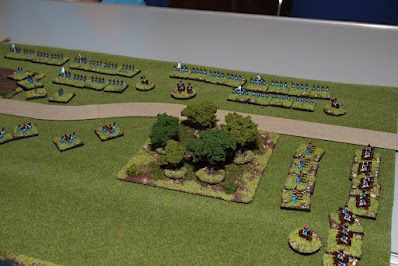 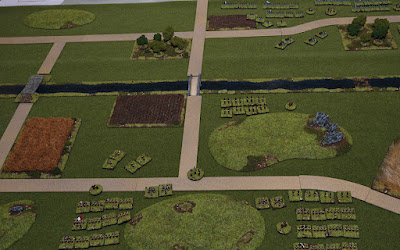 Before leaving, I kept on going back to the paintings by Chris Gregg. One had caught my eye, a scene of mounted cavalry, which represented the 9th Cuirassiers advancing in the Eckmühl 1809 campaign. Anyway, it now belongs to yours truly!

So thanks to everyone, from organiser to those putting on the games and for everyone being very patient and friendly towards  my interruptions. I was only there for an hour, but really enjoyed the visit.

It was a great start to Mrs. Wargamers Birthday - a long drive, a wargame show and a military painting bought, all I needed now was a pot of Zandri Dust acrylic paint from Games Workshop in Oxford and I will be able to count it as one of Mrs. Wargamers best birthdays!

For all of those who like a happy ending  …. we drove on to Oxford and are having a great time, though we are of course starving because I spent the dosh on a painting :-)